AN EU boss has spoken up against the “torment” of Brexit and denied Brussels is jealous of Britain striking its own path.

European Parliament President David Sassoli offered the remarks ahead of the UK’s departure from the EU on Friday the 30th of January 2020. He additionally cautioned that arriving at a “decent” post-Brexit trade agreement will take some time.

Mr Sassoli told CNN: “To think of London being far from Brussels, and Rome and Paris, there’s certainly pain involved in that, but we have to respect the will of British citizens and a new chapter in our relations with the UK is opening, and we believe that this agreement which we have will be improved, and we have to develop it as well, and we need time for that.” 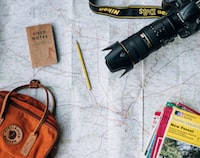 The UK will enter a 11-month transitional period with the EU until the end of 2020, which will see it keep the coalition’s rules while the different sides strike a free trade agreement.

Boris Johnson has over and again demanded he won’t push back the cutoff time regardless of suggestions the time period is excessively tight.

Mr Sassoli stated: “Well, it’s a very complicated agreement… after 45 years and more of cooperation we have to bear that in mind when we look at the future relationship, it’s very very intensive work that we have to do, I don’t think that anybody could think we could do that in a couple of months.”

It comes as Europe minister Christopher Pincher said the UK and EU will remain “partners, accomplices and companions” as the two sides gear up for trade talks.